Since 1921, when Lany castle became the summer residence of President T. G. Masaryk, this place is indelibly linked with his personality and heritage. The first president of Czechoslovakia became very fond of Lany and Lany cemetery also became the final resting place of him. Unfortunately, for many years the public commemoration of the first Czechoslovak president was impossible and even prosecuted. After 1989 was finally fulfilled the idea to remind the personality and ideals T.G.Masaryk.

The first exhibition presenting the personality of
T.G. Masaryk Lany after 1989

n early 1990, members of the Lany branch of Civicl Forum managed in cooperation with the local organization of Sokol in Lany Sokol gym an exhibition dedicated to the remembrance of the first Czechoslovak president Tomas Garrigue Masaryk. An exhibition was mostly created from variety of borrowed objects, documents and photographs and was a great success with locals and visitors alike.

Later on, until 1997, the exhibition ran under under the auspices of Municipal Authority of Lany. Subsequently, the exhibition was transferred to the building of the former "Baťovna" on the square where it lasted until the end of 1997.
The Exhibition Hall of T. G. Masaryk was created by District Museum Rakovník (now the Museum T.G.M. Rakovník) inside the area of hotel Classic, using objects from original exhibition. Exhibition hall was closed for technical reasons on 29th May 2000, and since than preparations for a new exposition for the future Museum of T. G. Masaryk began.

Establishment of the Foundation of Museum T.G.M. Lany

The great succes of the original exhibition encouraged participating creators to idea to build in Lány the real museum, worthy of the name of philosopher and statesman of European importance.

For this purpose was created the Foundation for the establishment of the Museum of T. G. Masaryk in Lany. The Foundation was supported by many well-known personalities of our political and cultural life, such as Ivan Medek, Ivan Kočárník, Josef Wagner, Jaroslav Opat a many others.

District Museum Rakovník (Museum T. G. M. Rakovník today) created inside the area of Hotel Classic Lány exhibition, which proffesioally mapped personality and ideas of T. G. Masaryk. At this time, on request of the Foundation of T. G. M., District Museum Rakovník took over the administration of the future Museum of T. G. Masaryk in Lany, which become it´s major branch. At the same time building of the new exposition and creating facilities had began. Museum of T. G. Masaryk in Lány was inaugurated on March 7th 2003 with the participation of Governor of the Central Bohemian Region Mr. Petr Bendl and former Chancellor and long time Chairman of the Foundation for establishment and operation of the Museum of T.G.Masaryk in Lány Mr. Ivan Medek. 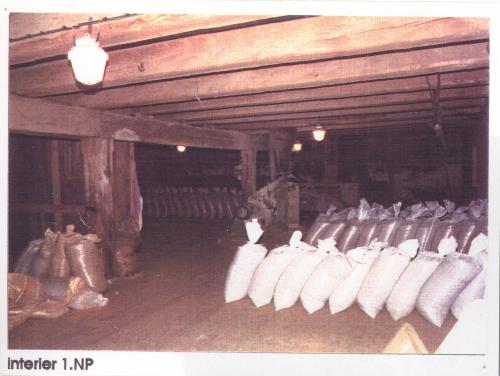 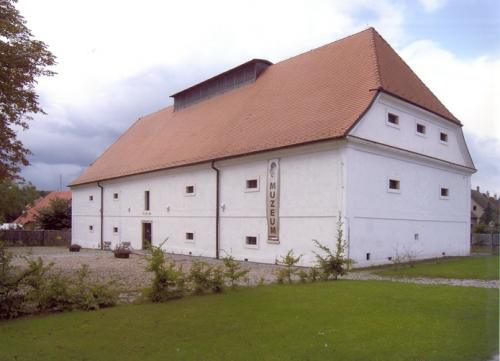